This is an update to my post on 3-13-2022, the original article was based on Rocky Linux 8.5. There have been changes to the OS since then. First I switched to Alma Linux which is basically just like rocky with a different organization behind it. Second there is now some default docker software in the 9.0 version of Alma and Rockey linux that nececetates removing software prior to install. I decided to repost this as a new tutorial rather than update the old.

We are going to take a vanila Alma Linux 9 server and install Docker. We are also going to add a web front end to manage docker known as Portainer. Finally to we are going to setup our docker containers to automatically update themselves with a program called WatchTower. Once finished you will have an easy to manage Docker system that updates all of your containers automatically.

So what is Docker? Docker is a platform that allows you to build, test, and deploy application quickly. Docker software is a system that allows you to host containers. Think of docker like Virtual Machines, accept instead of the machine containing a full operating system it contains the bare minimum required to run / host a specific app. A virtual machine hosting a webserver may take 10 gigs of space where a docker container hosting a webserver may take up only a couple of gigabytes. Containers are smaller and requre fewer resources than virtual machines. Docker containers are also easy to deploy allowing one to start running an applications in a few minutes vs hours setting up a VM or Server from scratch.

How To: Here we are going to take our base Rocky Linux install and install docker, portainer, and finally install WatchTower to keep all our containers up to date.

Start with your base Alma Linux 9 install and make sure it is up to date.

First step is to remove software, AlmaLinux now has podman and buildah installed, these have similar dependencies to docker and they wind up conflicting. In order to install docker properly we are going to remove these programs.

For those of you that used my previouse tutorial, this is the big change in setting up docker, and the one thing that has caused a lot of newer users heartache.

Now we add the docker repository to our machine 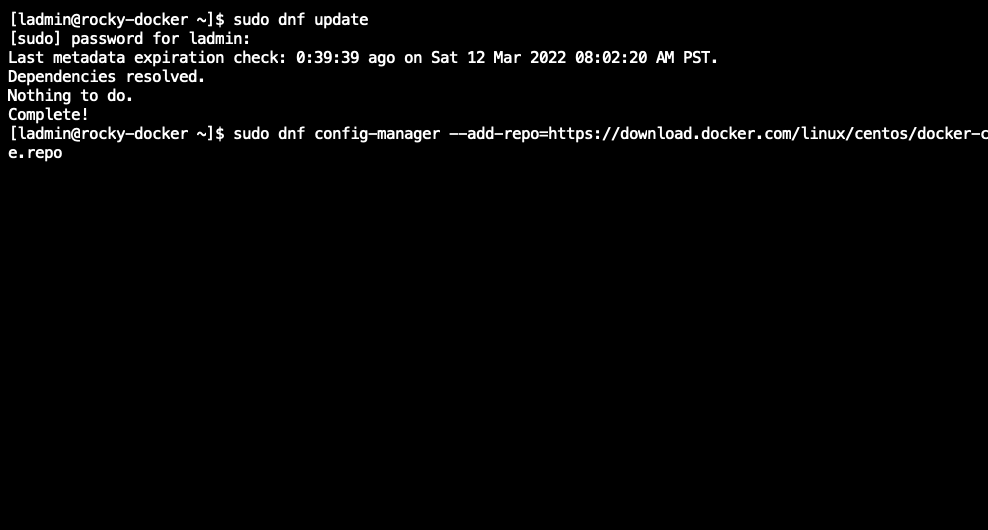 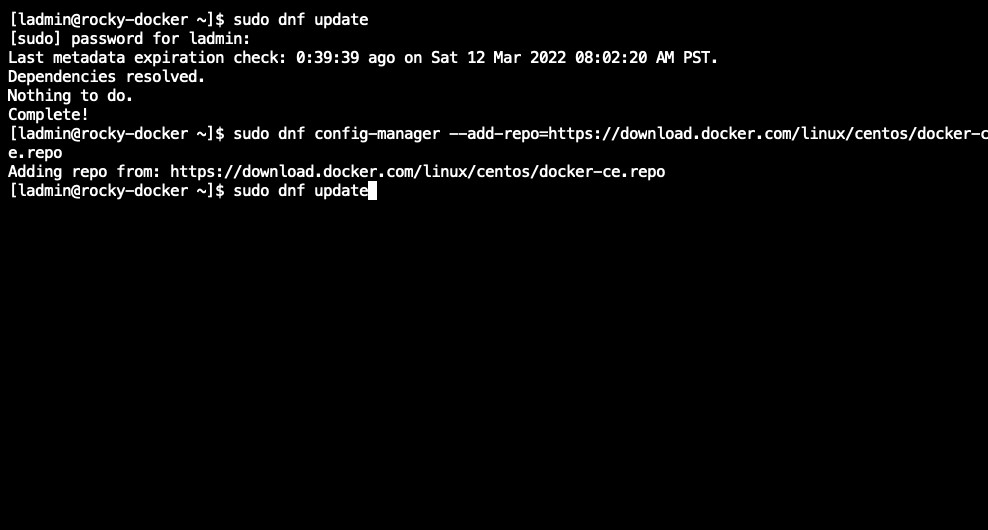 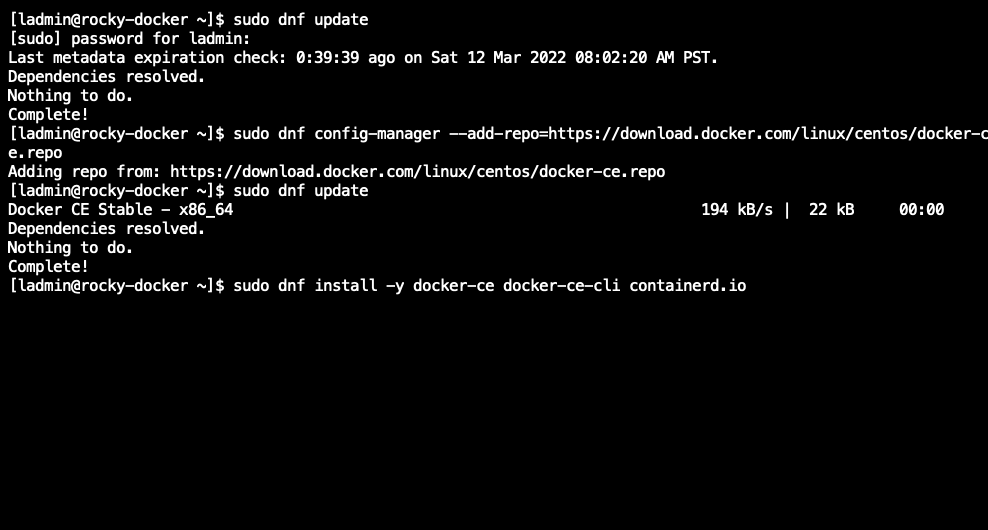 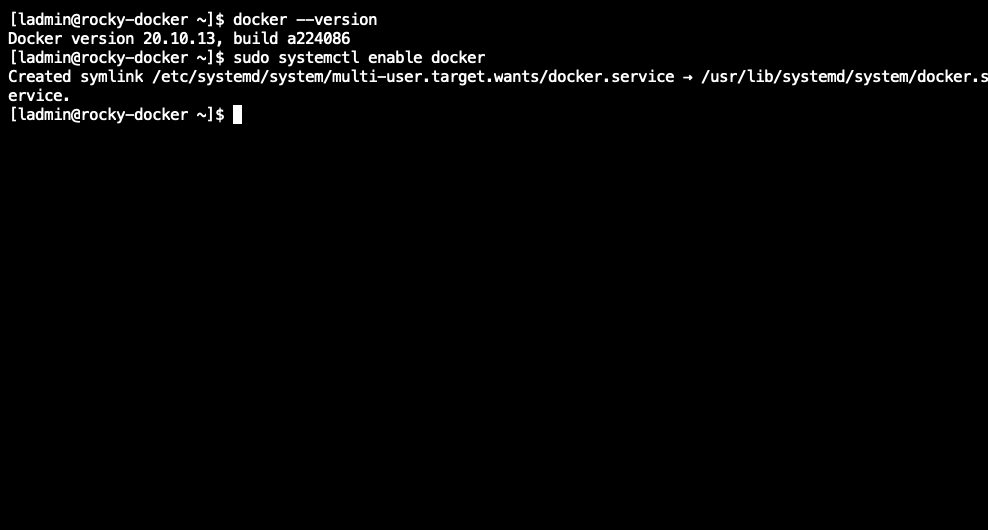 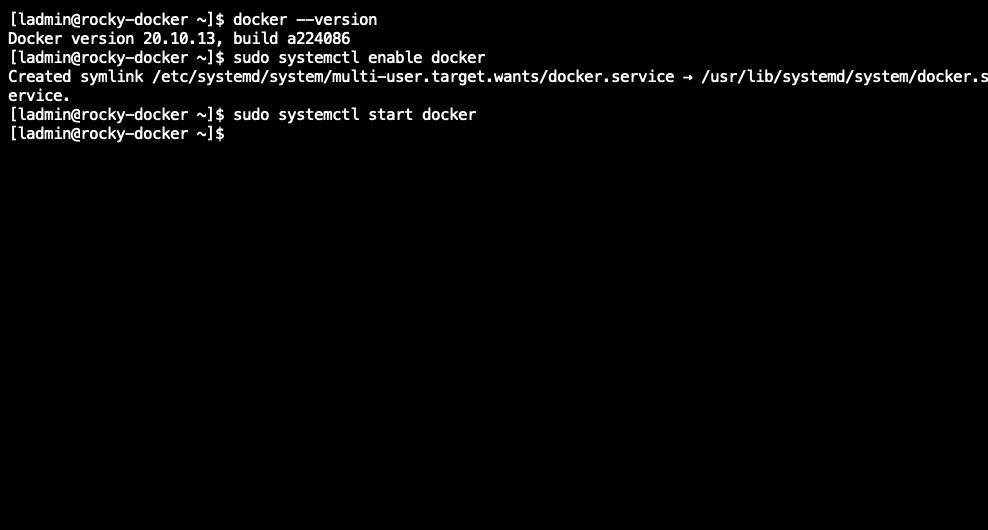 Check that Docker is running 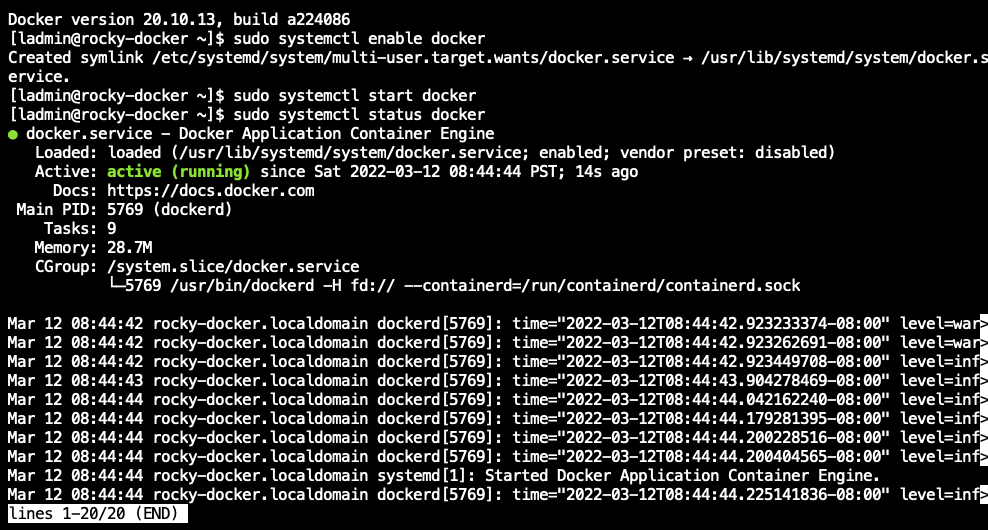 Now we are going to install Portainer, Portainer provides a web front end for managing docker.

First we create a a storage volume for portainer named portainer_data

Now we are going to download, install and start Portainer using the docker run command. In this setup we will be using the sudo command to control docker. 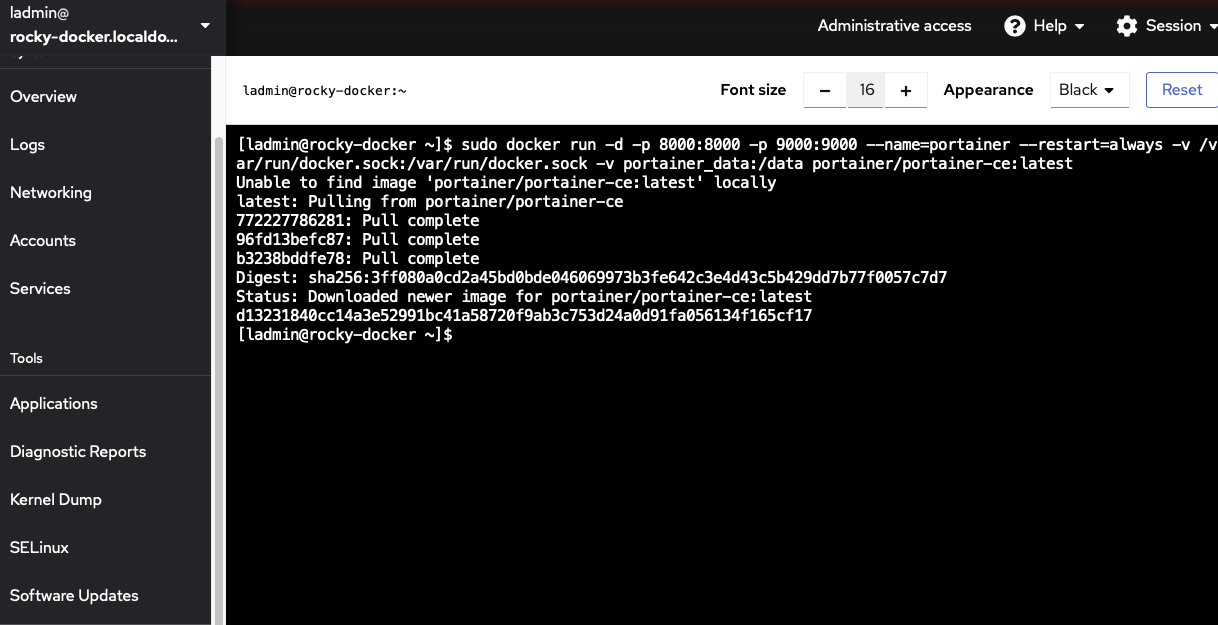 Now we are going to configure portainer. From a web browser go to https://your_docker_server_ip:9443

You will be asked to create an admin username name and password. 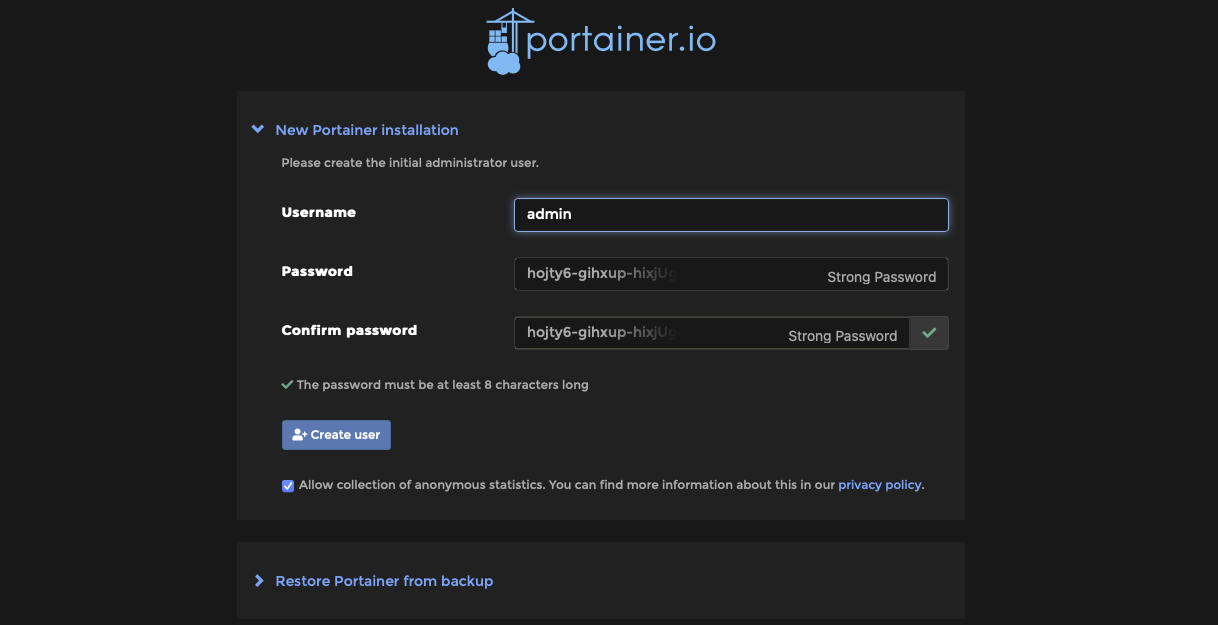 Now that you are in Portainer select “Home” on the right hand side. 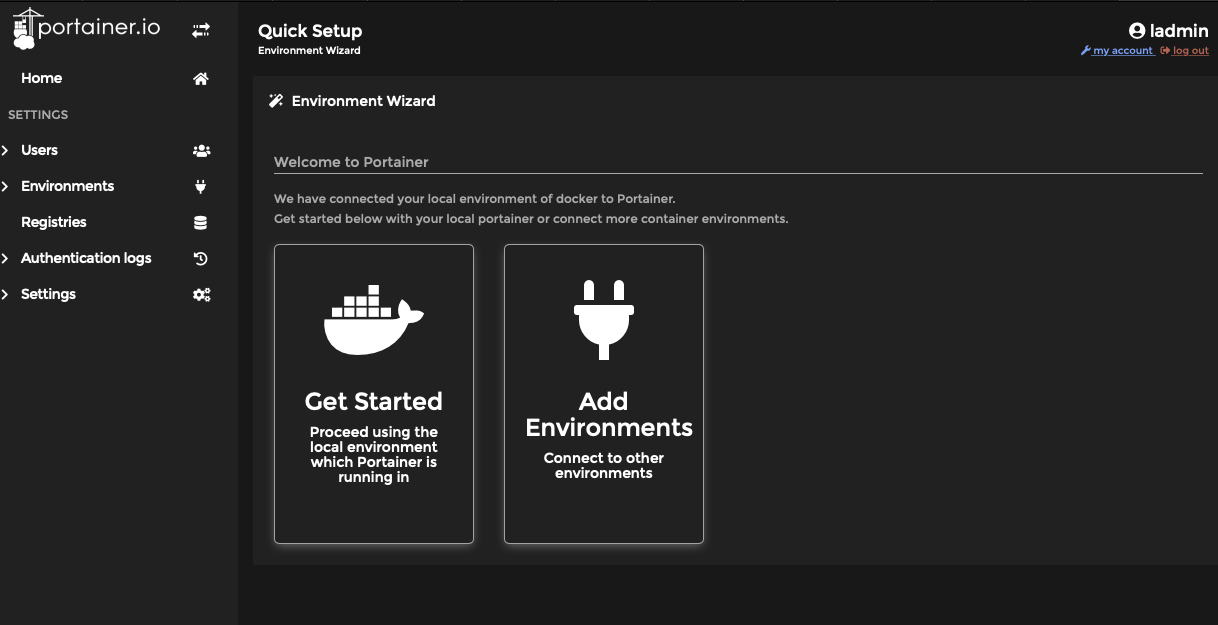 Select “local” by clicking on the docker wail boat icon 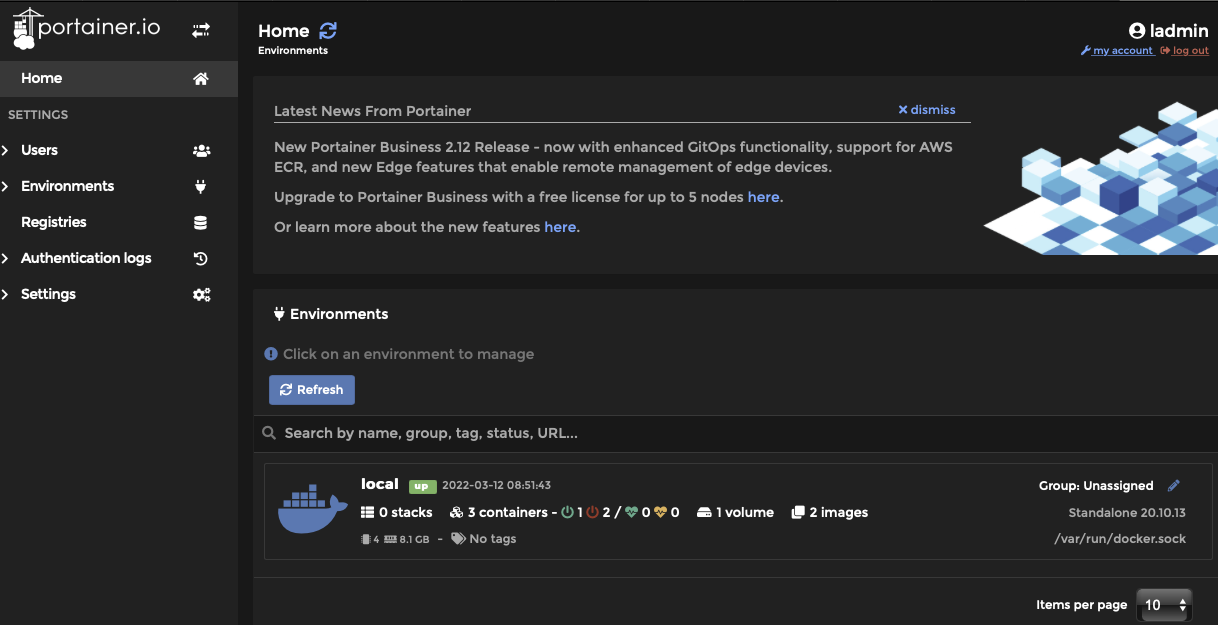 Now select the “Environments” option on the right hand menu 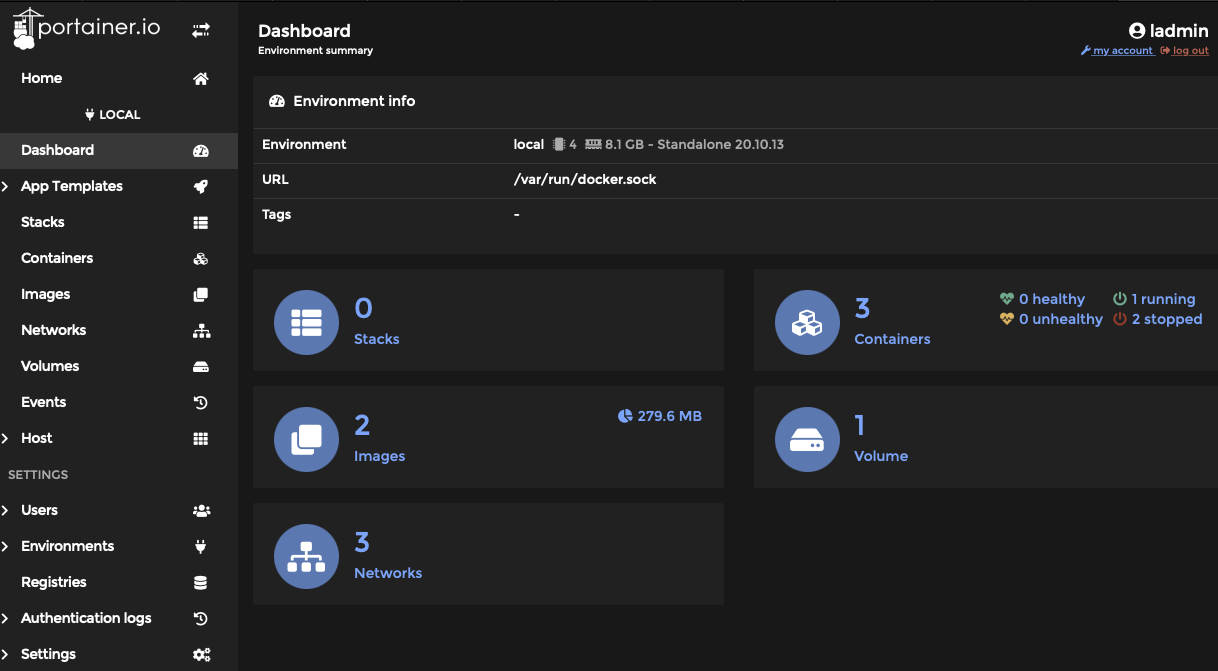 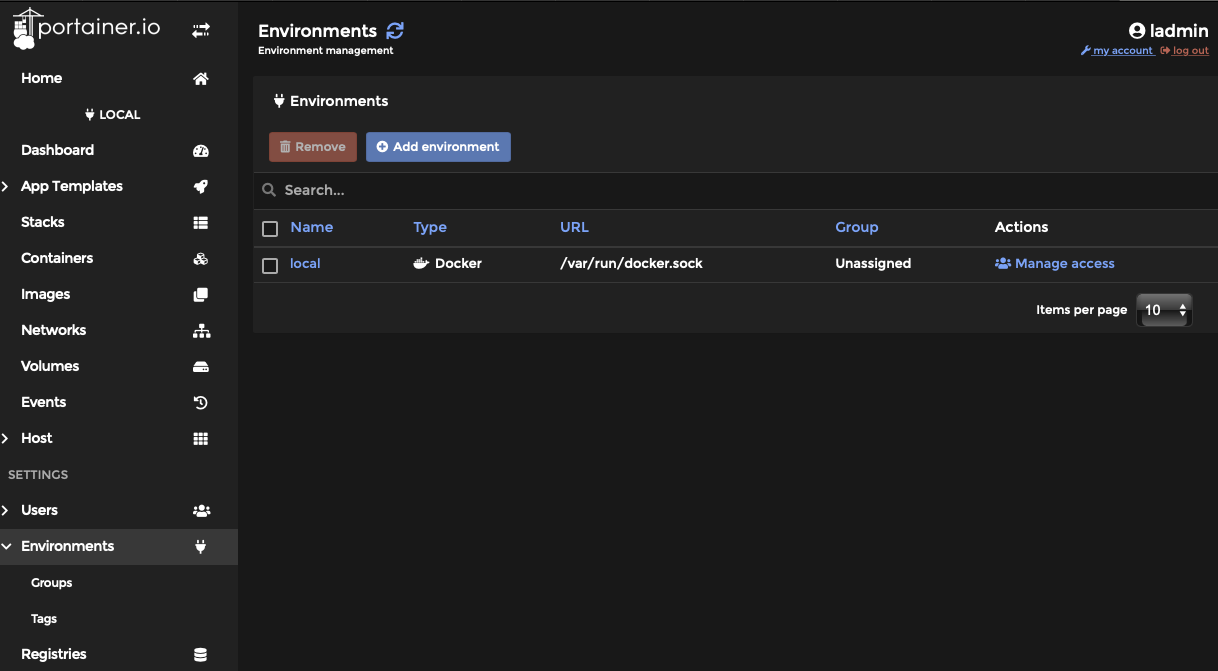 Now where it says “Public IP” add the IP address of your docker machine. This will allow you to click on ports to get to applications when you setup docker containers. 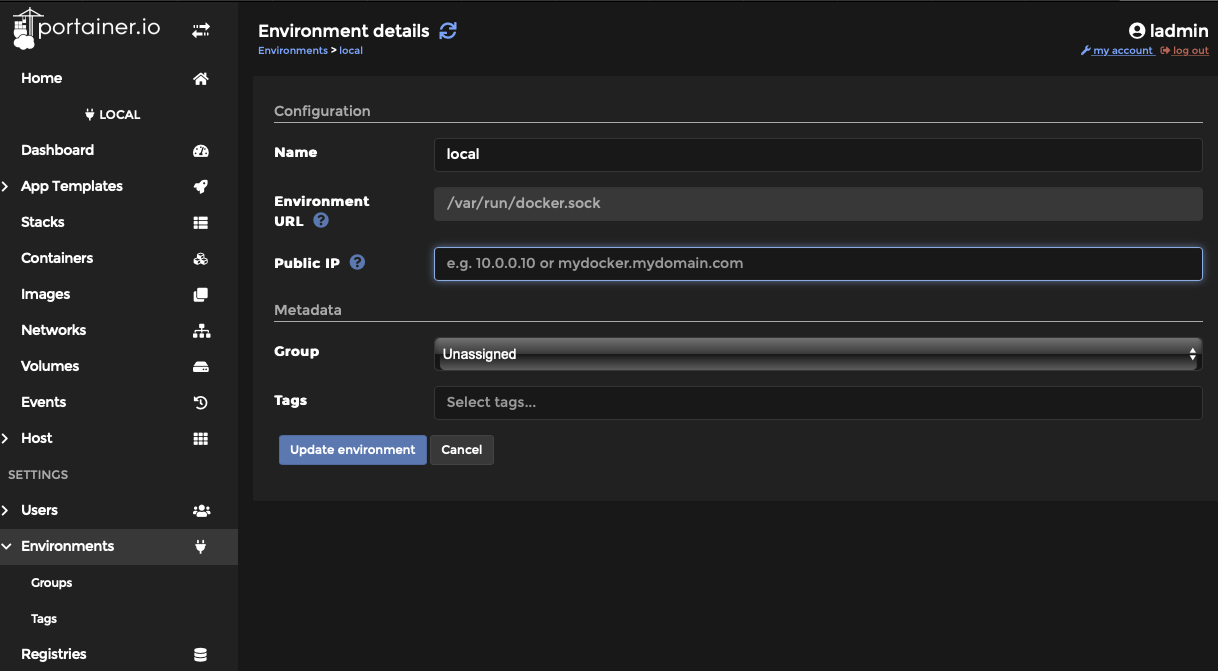 Once installed select “Update Environemt” and you are good to go. 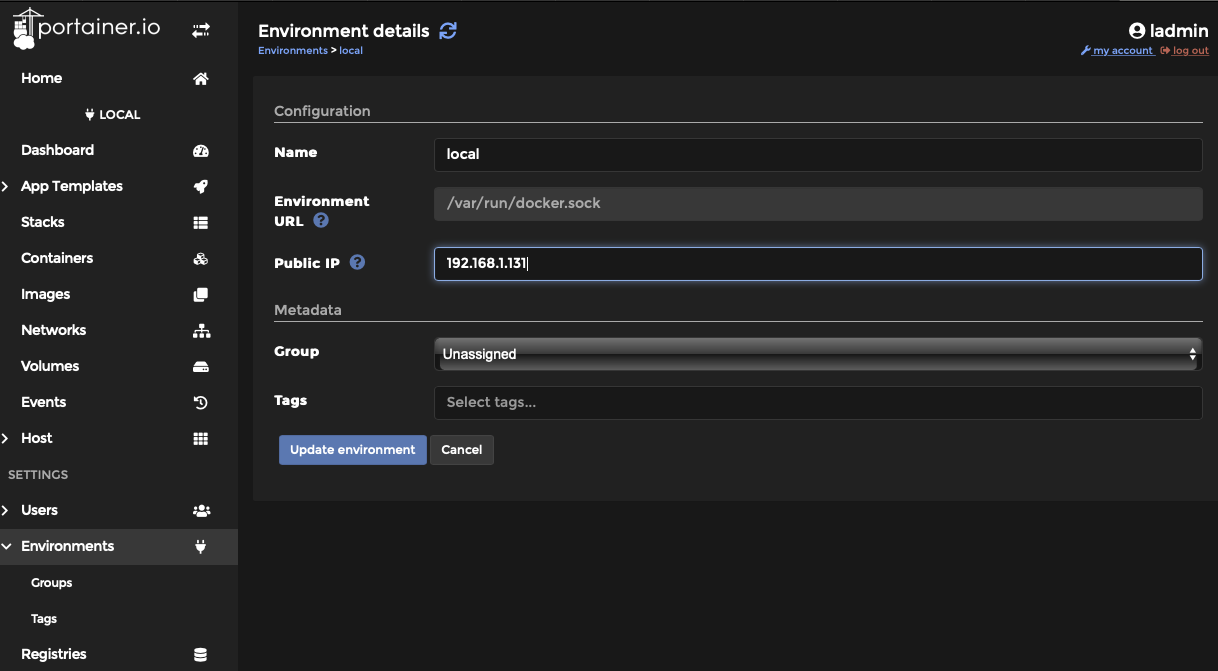 Now we are going to install Watchtower. Watchtower is a container that watches our containers and their online source for updatets, when it sees a new update Watchtower downloads and updates the container. This allow your docker containers to remain up to date, without requires a large amount of effort on your part. 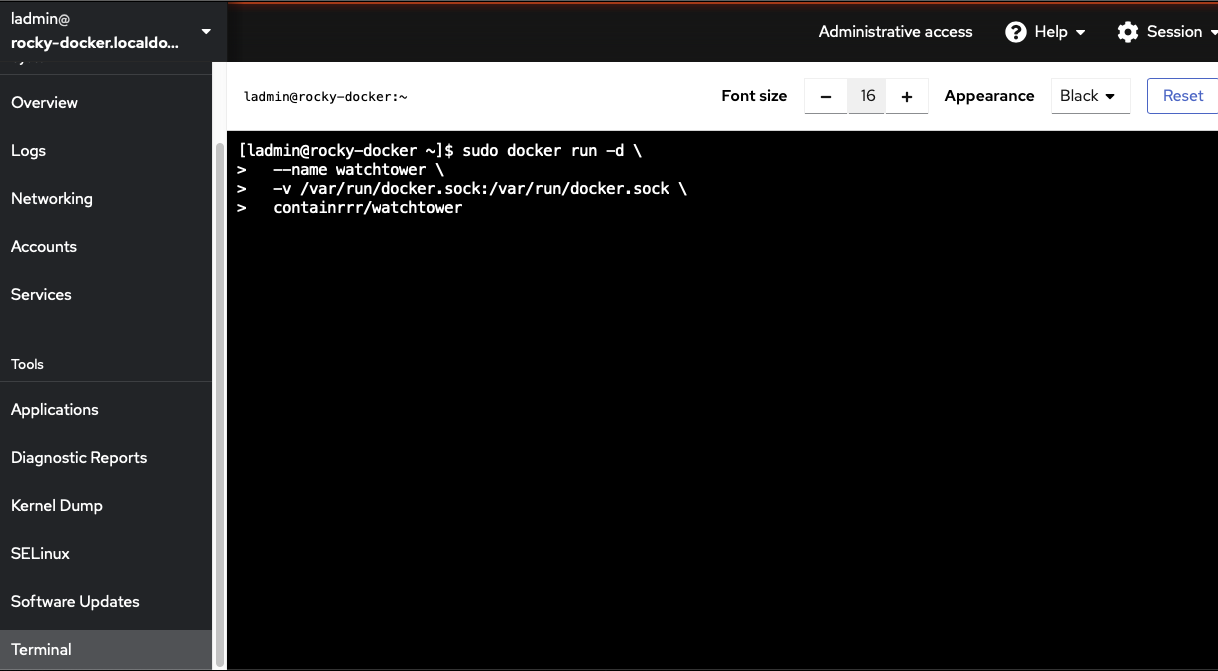 From the command line install watchtower 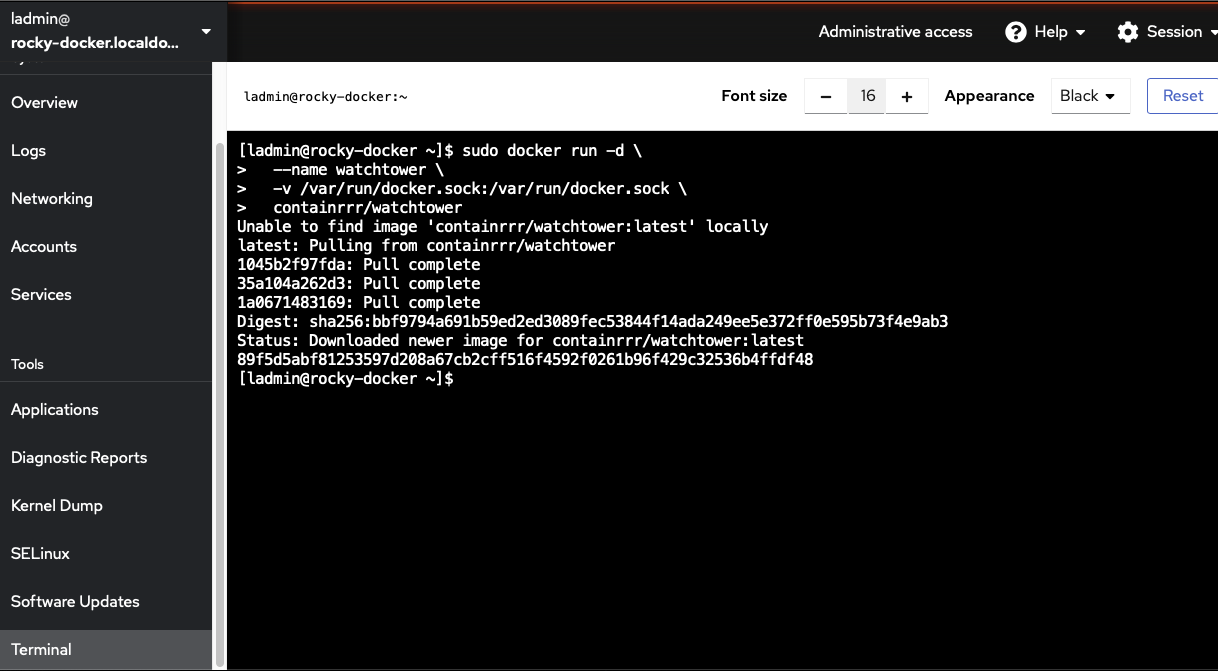 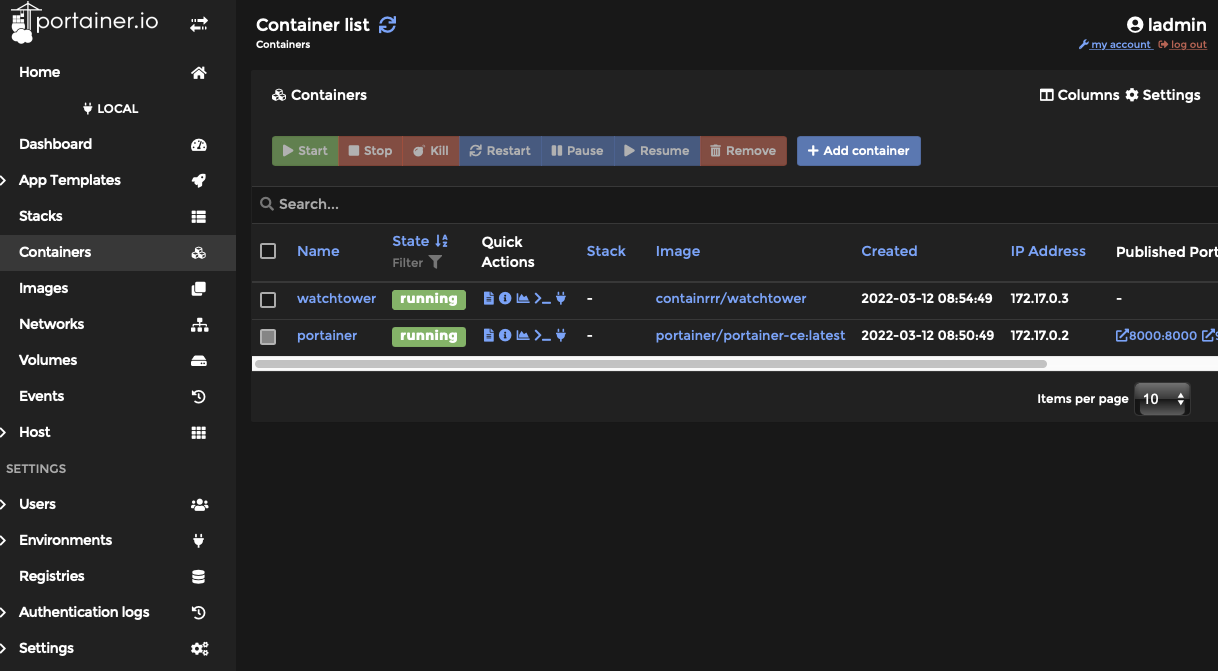 We have now installed Docker, setup a web front end for management with Portainer, and setup auto updates with Watchtower. Time to go fourth and try new things.

From Ghost to Jekyll